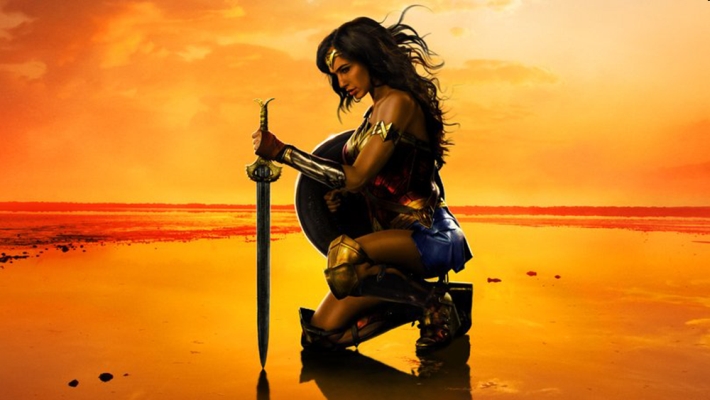 There will be NO SPOILERS during this review, so if you haven’t seen it yet, you are safe to continue reading. I don’t see too many movies these days, so don’t expect this to be a blog regular feature.

➽ Gal Gadot, whom I’ve never heard of before, stars with Chris Pine in this latest vehicle of bringing the comics to the big screen. Now, I’ve never followed the

Wonder Woman comics at all, and before this when someone mentioned the character, I thought of only Lynda Carter from her late 70’s TV series from when I was a little kid. So when I was dragged off to see this movie this past weekend by my sister and brother in law, I wasn’t expecting much. As it turns out, I wasn’t disappointed. What does that mean? Well it didn’t exceed my expectations, or fall below them either, but since they weren’t that high to begin with, well you see where I’m going with this. It’s an OK movie. If you like super hero movies, then you’ll like this one as it is better then most. 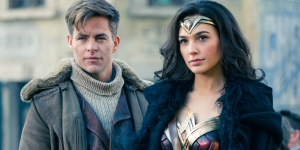 The story is pretty basic, but the characters are good and solid as are the performances. Chris Pine really steals the show though, but that is no surprise to me. His character is what makes the movie worth watching really, and he provides most of the dramatic moments, as well as most of the funny ones. The pacing is perfect really. I never once thought to myself ‘when does this end’, which is a must achievement for any action flick.

To my surprise, not knowing any of the wonder woman lore at all, her origins are basically much the same as Xena Warrior Princess as portrayed by Lucy Lawless back in the late 90’s. In fact, take away the lasso and metal armor, replace it with a chakram and leather and you have Xena. Both are born of a God and a mortal, although Wonder woman definitely has the greater powers.

And that leads to my two gripes about the film. First, being a DC super hero, Wonder Woman is way over powered, as most of their comic book characters tend to be. This leaves no tension in the film at all after her first combat scene as you quickly realize this woman will never get a scratch. It makes the movie less then it could have been.

My only other gripe is the casting of Aries, the God of war. Having being so use to the brilliant performance of the character by Kevin Smith in the Xena series, once unmasked in the movie, David Thewlis as Aries just couldn’t measure up, but overall the movie is entertaining if not memorable.

Bottom Line out of 5 stars, I give it ⭐️⭐️ ½ – if you like super hero movies, add another half star. Overall it is entertaining, but is it worth the ticket price? Not really. Wait till it hits Netflix is my opinion.